WordPress Users Resistance To Gutenberg  – Let’s be honest. The Classic Editor was great for short posts, a couple of headlines and paragraphs, job done. But, how often were you going into the Text tab to remove an extra line break, fix a shortcode, or cut and paste a section to somewhere else in the post?

At best, it was a struggle. Often, it was excruciating to get your post just right before publishing.

Not only will I not miss this, but I am pleased that new users will not be exposed to it anymore either. 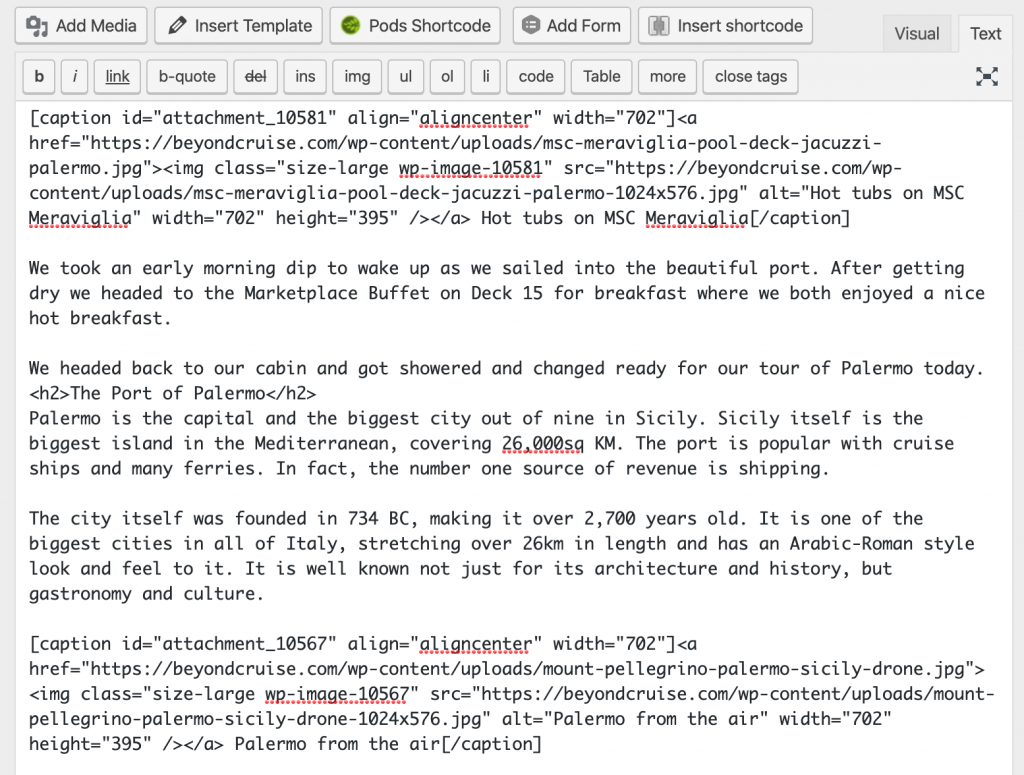 Screenshot of the classic editor.

When I first heard of Gutenberg — before it was released in WordPress 5.0 — I installed the plugin and was immediately confused and slightly bewildered at the options. I wondered how I would edit in the future.

I, among many others, probably gave out the same noises as when Facebook and Twitter reveal a huge overhaul of their UI, agreeing with everyone that things would never be the same again. This was a mistake. Of course, I was both right and wrong at the same time. I just didn’t know it.

Editing would not be the same again. Instead, it would be a lot better (with some adjustment).

I also know that many people will not agree with me and do not like the way Gutenberg looks or behaves to this day. But, if you give it some time and understand how it can make your life easier, it will do just that.

First, take the time to work out the difference between Blocks and Document. On the left you have all the blocks for your post or page, inserting them in merrily as you go. On the right, the Document panel controls everything else, handily changing when you need to fine-tune a block. 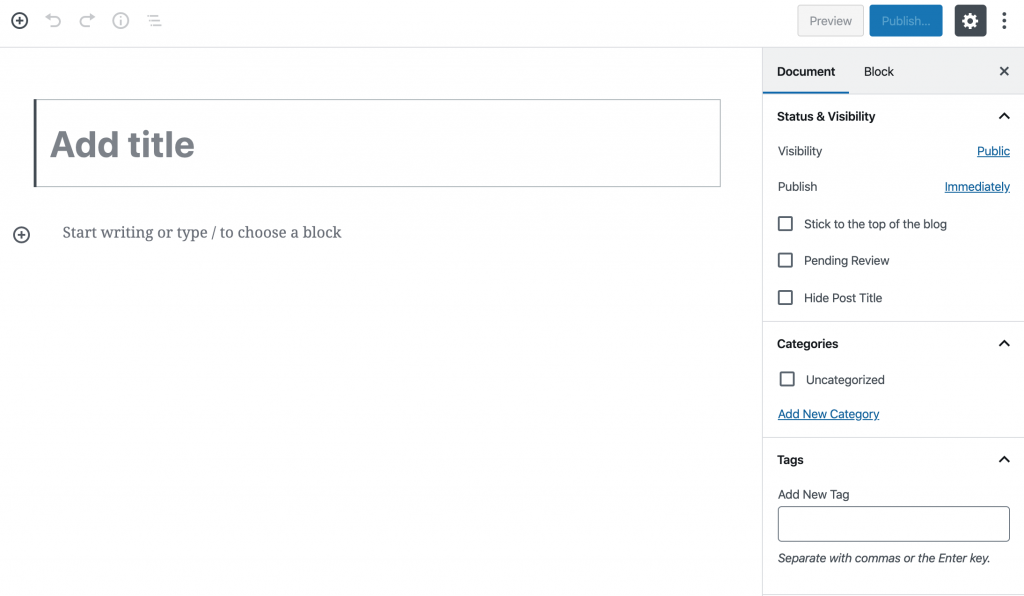 Screenshot of the block-based Gutenberg editor.

One of the most common complaints I have read is people struggling with the toolbar that appears as you hover over each block. There is a simple solution to this, and when it is enabled, the majority of people suddenly start to love it! Make sure you set the view to “Top Toolbar” in the Gutenberg options. Now you have a distraction and clutter-free editing environment to work with.

Gutenberg is not a page builder, and it is a common argument thrown out by people on why they refuse to use it. They are right, it is not a replacement for the likes of Elementor or Beaver Builder. If you remove the comparison to page builders from your mind, you will find adapting to it is much easier.

My peers and I regularly chat about Gutenberg and agree it is already great for writing. The post creation process is a breath of fresh air. Others have great stories from their clients about being able to produce content and edit it with ease, and the number of editor-related support requests is down, which can only be a good thing.

However, many of us would not use it for designing pages. Instead, we still prefer to use one of the many page builders for that complete control.

Gutenberg Phase 2 will allow editing of the site to areas outside of the main content (e.g., headers, footers, sidebars) and will creep further into the page builder category, which means we will have a strange blend of Gutenberg and page builders living side by side on many sites soon.

Will it remove the complete need for themes? Who knows? I suspect we will have people further divided into opposing camps going forward, but what a great opportunity for us to collectively work on for a better overall experience in the end.

RELATED: I Do Not Want To Use WordPress

Let us take a quick look at Gutenberg and its penetration to date.

But, it is not all red roses when it comes to adoption.

The Classic Editor plugin has over 5 million active installs (and a rather biased 723 five-star reviews, such as “Keep this forever” and “Never going to give it up!”). It is also currently in the top five of the most popular plugins.

Is this the backlash against Gutenberg or incompatibility with older themes forcing users to use the Classic Editor for now? At a guess, a good majority is probably the latter combined with some diehards.

Growth is declining. That is not a movement of people who continue to install Classic Editor on new installs and refuse to adapt.

Classic Editor adoption will likely continue falling, and perhaps the original date of it being supported until 2022 isn’t that far-fetched after all (note: they have said they will continue to support it longer if needed).

On the flip-side, the Gutenberg plugin has 200,000 active installs and a whopping two-thirds of reviews (2,003) are a paltry one star. However, many are merely unhelpful complaints (e.g., “This is junk” and “Destroy it”). They do not tell the true story to novices.

One thing people seem to forget is Gutenberg is a plugin in and of itself. It is updated frequently, whereas the majority of users only see changes to it when there is a WordPress core update.

If you can see past the fields of one-star reviews and install the plugin, you will be rewarded with more frequent updates to the experience.

For example, version 7.0 recently added in the Navigation block as stable, allowing users to quickly create a menu of links. Don’t get me wrong; this does require theme integration for it to work, but you can get a better idea of where it is heading on a more frequent basis this way (7.0 is expected to ship with WordPress 5.4 in March/April 2020).

What Does the Future Hold?

Gutenberg is here to stay, and I don’t think any of us have ever denied that. It is probably not an issue for anyone who started using WordPress for the first time this year.

Thankfully, for those already deeply embedded in WordPress, things are getting easier (and I would say more enjoyable) with the growth of the new Gutenberg-specific plugins.

With the advent of platforms such as Wix and Squarespace, it was obvious that WordPress needed something to make it more user-friendly and Gutenberg is a solid attempt at that. It is still a bit rough around the edges, but the days we look back nostalgically at the Classic Editor are likely numbered.

How will it look at the end of 2020? Will you still be using the Classic Editor?

With more and more entrepreneurs seeking to create their own website content, start a blog and retain...
Read
Wordpress

WordPress Bullied By Apple Over App: After a wider outrage on social media by the users who...
Read
Wordpress

Collect Donations On WordPress With A Plugin

Collect Donations On WordPress With A Plugin - WordPress has long had a reputation of being one...
Read

With more and more entrepreneurs seeking to create their own website content, start a blog and retain control over design...
Advertisment

Highlighting the benefits of super successful startups that became a unicorn is common in media. Stories of startups becoming unicorns or entrepreneurs making a fortune...

Shift Away From Cash And Credit Cards To Digital Wallets

How To Start A Drop Shipping Business In Canada?

You should take several steps to launch an e-commerce venture. First, you should find a niche. Next, you should choose a province to headquarter your...

Want to stay up to date with the latest news?

Ambitious entrepreneur, Jordan Hill, took a leap of faith after finding himself unemployed and moving from Scunthorpe to Leeds to start a business with...

With more and more entrepreneurs seeking to create their own website content, start a blog and retain control over design features, both Squarespace and...